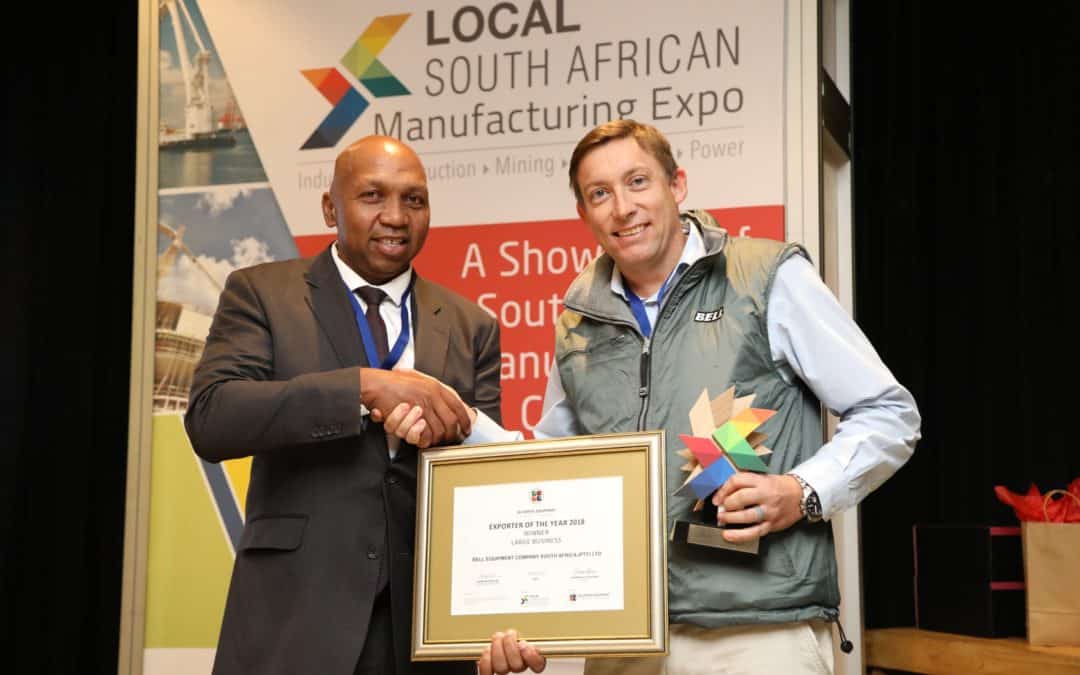 A collaboration by the South African Capital Equipment Export Council (SACEEC) and Specialised Exhibitions Montgomery, the awards formed part of the Southern African Local Manufacturing Expo. SACEEC CEO, Eric Bruggeman, said: “It is fitting and certainly no mere coincidence, that the first-ever SACEEC Exporter of the Year Awards took place at the Local Southern African Manufacturing Expo. The Expo is the perfect showcase for the vast array of products available from local manufacturers. There is a wealth of talent in Southern African manufacturing and SACEEC is thrilled that the industry is being placed in the spotlight. There is no doubt in our minds that the quality and innovation being exhibited at the Expo equals, and even exceeds, that which is available on the global stage.

“The SACEEC Exporter of the Year Awards allow us to further recognise the supreme efforts invested by a number of these local manufacturers. There were a large number of entries, all of which are notable by their focused drive to provide products that are characterised by out-of-the-box thinking, coupled with careful and systematic attention to detail. Selecting the finalists, and later the winners, was an extremely hard task since all qualifying companies have excelled in their respective field of expertise.”

Bell Equipment has achieved this by exporting its products to over 80 countries worldwide. “Exports account for about 40% of turnover and our exports increased year-on-year from 2017 to 2018 by 19%. We’re also proud that our exports have 70% local content and we are always looking at ways to increase this,” said Stephen Jones, Bell Equipment Director: Global Product Portfolio and Marketing.

“Manufacturing is one industry that has the single greatest potential to make a massive difference to our economy and level of unemployment so we appreciate attention that the Expo and the Exporter of the Year Awards has focused on the sector and are proud to have received these awards for our role,” he concluded.