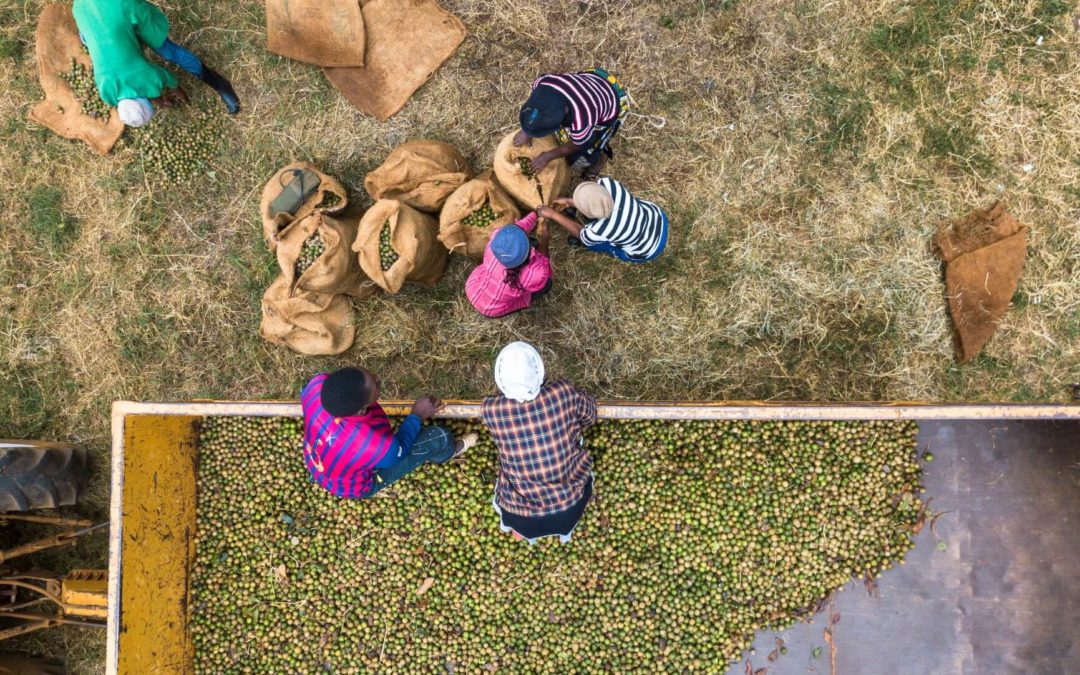 Profit from South Africa’s booming macadamia industry offers massive benefits for rural areas and communities as well as a more than viable alternative for the country’s embattled sugar growers.

As one of the world’s most lucrative crops, macadamias are not only an economic boon for South Africa’s agriculture sector, but beyond the farm gate, the industry is providing benefits for communities in which the farms and processors operate, for example, creating work for many who possibly may not have found employment in these rural areas previously, and the space for much needed regional infrastructure development.

The importance of commercial farming in feeding the global population is undisputed. But the sector’s ability to bring prosperity to otherwise forgotten corners of the globe is often overlooked. Starting on the farm and going through the value chain, agriculture provides a lifeline of employment and socio-economic benefits to the regions in which it operates. With the added profitability of the macadamia industry, the scope for community development and corporate social investment is that much greater.

The macadamia industry is particularly relevant to socio-economics due to its opportunity for scale. Climatically, macadamias do well in similar conditions to sugar and tobacco, and while these industries are experiencing lacklustre performance, macadamias offer farmers a robust, healthier ­– for the planet and people – alternative. With the ability of this industry to revive traditional sugar areas, rural prosperity could continue on an even greater trajectory.

Brazil, for instance, is faced with having to adapt from its predominant agricultural output, sugar. In 2018 sugar burning became prohibited in Sao Paulo state, an area that is responsible for 60% of Brazil’s sugar and ethanol production, following legislation set out in 2008. Farmers had 10 years to comply and other major sugar-growing regions in Brazil are following suit.

This presents untapped opportunity for the country to switch to macadamias since orchard plantings can take place in existing agricultural hubs rather than encroaching on the surrounding virgin land and forests.

“By comparison, only around 7 500 hectares are planted to macadamias in the whole country, 50% of which is in the San Paolo state. The current macro context of Brazil’s agricultural industry is serendipitous in its timing to growing the macadamia industry at large. This comes with unparalleled scope for socio and economic upliftment too,” she adds.

Some 65% of the available global macadamia supply is produced in Africa, resulting in significant economic and social benefits for South Africa, Kenya and Malawi. Africa is home to the lion’s share of the globe’s arable land and macadamia plantings remain on the rise in these regions. Other regions experiencing strong growth include Zimbabwe, Zambia, Mozambique and Swaziland.

“This is significant for an emerging economy like ours as it encourages infrastructure and other investments. These are the building blocks for sustainable growth,” says Duncan.

The power held by the industry to promote the growth of small scale farmers was exponential, he adds.

“GFNC has partnered with initiatives that have an impact on more than  30 emerging farmers. The business also runs mentor workshops for new, small farmers into the market, offering other skills development opportunities. GFNC has also built a nursery school for the children of those who are part of the project.”

Andre Steenkamp, an economist with National Treasury, says a growing agricultural sector had a role to play in addressing challenges of unemployment and low growth, while countering rural poverty.

“Several features of agriculture make it important in the pursuit of inclusive, labour-intensive economic growth. Rural linkages, the ability to absorb less-skilled labour, large multipliers due to extensive links with the rest of the economy, and the importance for export-led growth make this a crucial sector to uplift the rural economy.”

Innovative joint ventures had boosted agricultural production and promoted agrarian transformation, he adds. “There are many examples of commercial farmers, farmers’ organisations, and other private sector institutions electing to drive agrarian transformation through innovative joint ventures. Even those who are critical of joint ventures as a panacea for agriculture and land reform in South Africa acknowledge that joint ventures can yield encouraging results for smallholders. These include increased production, access to services such as training and technical assistance, access to inputs and production credit, as well as access to formal markets – including compliance with standards. These aim to overcome the challenges faced by the sector.” 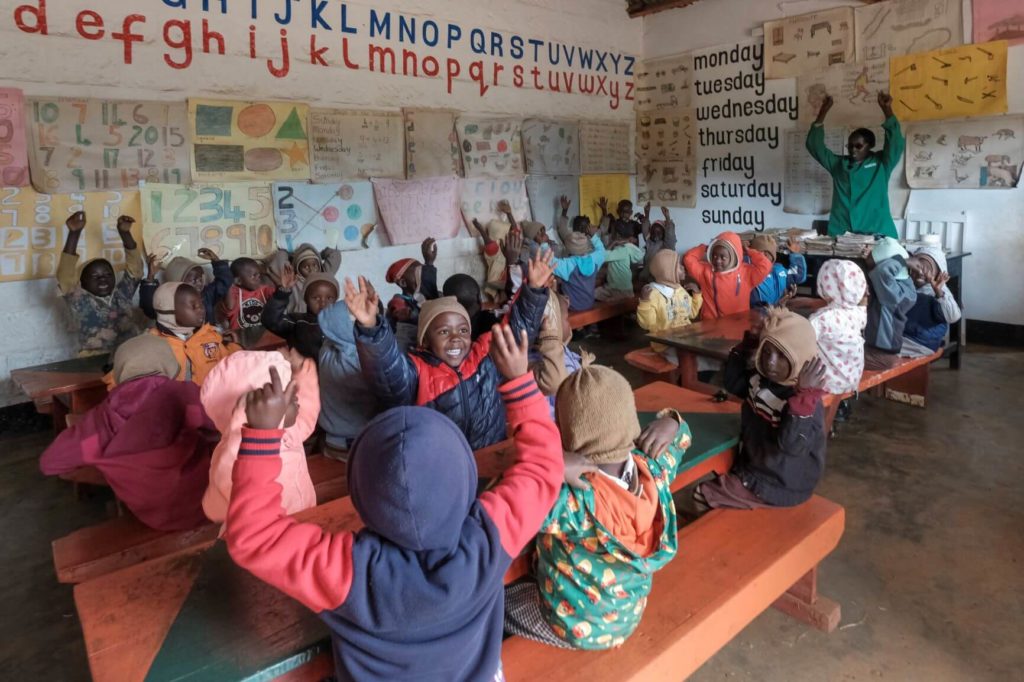 Maclands provides schooling for children of the workers.

Macadamia processors worldwide have been at the forefront of initiatives that support the communities in which they operate.

Queen Nut’s social programmes stretch far and wide, from basic human rights initiatives to those that encourage cultural growth and participation. These include the Athlete of the Future Project, which encourages low-income children and adolescents to develop an interest in sport. The Proerd (Programa Educacional de Resitência ás Drogas e á Violência) Project is a partnership with the military police, which is a drug abuse resistance and violence education programme. The Adolescent Apprentice Project revolves around career preparedness using life skills training and exposure, and the Apae Pilot Project is a professional kitchen aimed at teaching children and teens with special needs to make cake and salty pastries to help strengthen motor co-ordination.

The company also supports the Child Friendly Company Project, which acts against child labour and promotes vocational training and access to protected employment for adolescents. An annual Macadamia Festival is also held, a cultural extravaganza to promote tourism, while at the same time raising the profile of and opportunities in the macadamia sector.

On the African continent, Kenya has succeeded in negotiating and agreeing favourable trade agreements with key macadamia consumer markets and territories, setting a platform for the local industry to grow. The crop provides jobs to some 150 000 people and is the most lucrative crop after tea in the region.

The South African-based Maclands Estate, with orchards and processing plants in Kenya, Malawi and South Africa, provides employment for 5 213 people as a direct result of their operations in these sub-Saharan African countries.

Maclands Regional Director Chris Flowers says the company’s ethos is about enduring and sustainable participation in the industry.

“We understand intrinsically the business needs to exist in harmony with the community in which it operates, since it is the community which gives us the license to do business in these regions. And we demonstrate our partnership through best class initiatives such as building houses for staff, with running water and space to create vegetable gardens. Within the villages, children of employees have access to schooling and medical care and clinics are available to staff and their dependants until they reach the age of 18.”

The Maclands business, Flowers says, was rooted in creating a healthy agricultural environment supported by key infrastructure developments such as building dams, and in Malawi specifically, a project focusing on cutting down on the deforestation of indigenous bush, which has become a major environmental threat to the country.