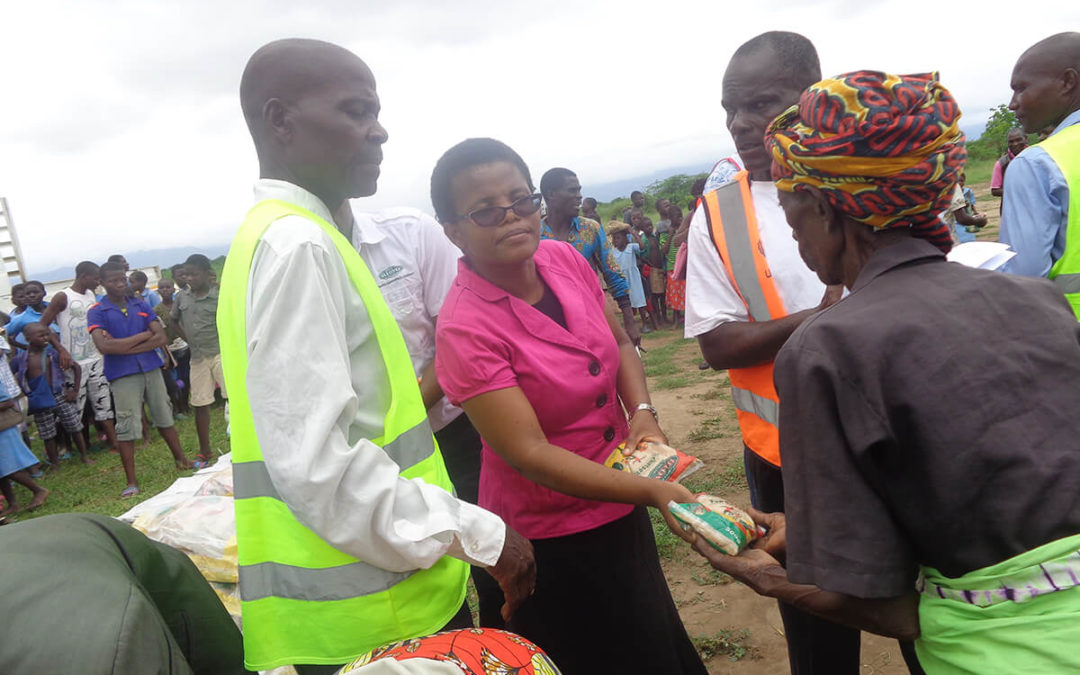 ‘As farmers, our only source of income is sugar. If that’s affected, our lives are affected.’

Aubrey Chilenje, Malawian sugarcane farmer and member of the Fairtrade-certified Kasinthula cooperative, responding to the devastation caused by Cyclone Idai.

While rural sugarcane growers in Malawi have re-planted most of their fields since the devastation in the wake of two of the worst cyclones to hit the continent early in 2019, many subsistence farmers are still struggling to rebuild their lives.

In articles published by non-governmental organisations Fairtrade and Bonsucro after the category two cyclones Idai and Kenneth, the devastation on smallholder sugarcane projects, particularly in the low-lying areas of Malawi’s Shire Valley, had not only compromised food security, but income derived from cash crops like sugarcane, often used to pay for children’s education among other household costs, was severely compromised.

In an inhouse newsletter, Illovo Sugar Africa staffer Irene Phalula reported that 12 755 households, or homes to 53 765 people, were affected by the floods in the Shire Valley, of which 56 were headed by children.

Staff from Illovo, Total, Unitrans and FES present food parcels to the District Commissioner and Paramount Chief Lundu, who represented traditional leaders in the district.

One of the 34 evacuation camps was set up at Illovo Malawi’s Nchalo Estate and accommodated 5 532 people from Chikuse village, along the eastern bank of the river.

By May 2019, the camp had closed as most people had returned to their districts or found alternative places to live.

“Most of the damage suffered by the four grower operations supplying the Nchalo mill was either erosion, or siltation of the cane fields. Drains and intake canals were damaged, but most have now been repaired,” an Illovo report said.

Further, the smallscale sugarcane growers who were displaced from their homes during the flood had mostly returned to their homes and villages or found alternative places to live.

However, the long-term damage was to subsistence farmers in the low-lying areas, where homes and fields were destroyed, requiring them either to re-build or start again from scratch.

Further in the Illovo report, most of the subsistence farmers had re-planted their crops and some had benefitted from the silt deposits as a result of the flood, however, many had to deal with sand deposits, which made replanting very difficult. 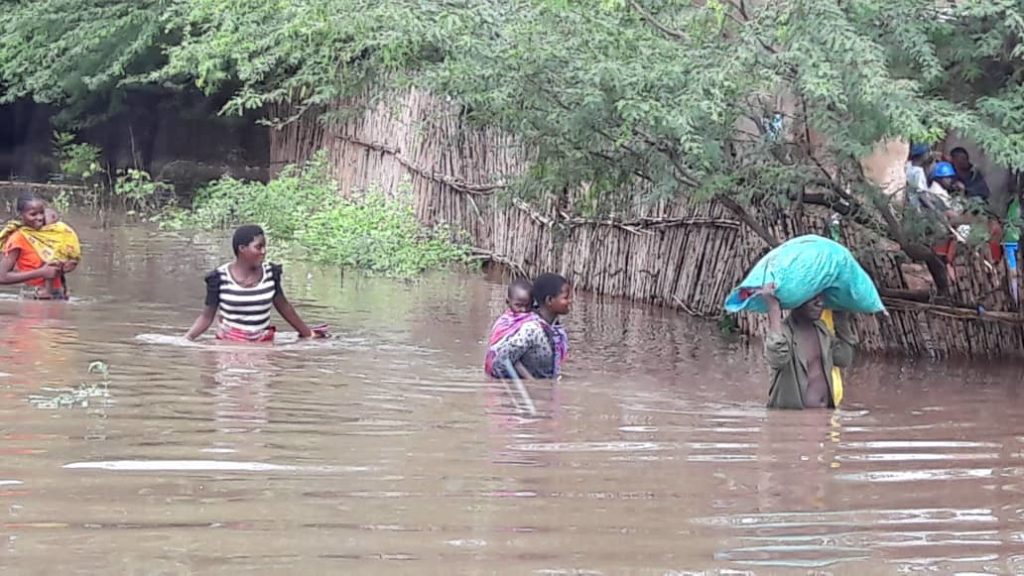 Rural sugarcane farmers evacuate their homes in the Shire Valley, Malawi, during the flooding after Cyclone Idai.

Hydro power plants further up the river were severely affected by siltation, and deposits of sand in the river itself had degraded the Shire valley eco-system.

Malawi is rated as the fourth poorest country in the world by the International Monetary Fund and in the Fairtrade report, Martine Parry described the Shire Valley as “inhospitable”, with a very hot, harsh climate and a long dry season.

“Literacy levels are low, and poverty is widespread. Most people live in basic huts made from mud, with grass roofs. Few families can afford to keep livestock and most eke out a living from growing maize, cassava, sorghum, millet and rice. Some earn cash from sugarcane or cotton, or by labouring on nearby sugar plantations,” Parry said.

Fairtrade-certified Kasinthula, she added, was just one of three community-led sugar organisations in the valley that supplied their crop to the nearby Illovo mill.

“At least 30 Fairtrade farmer households were totally destroyed by the floods, with about 55 animals washed away and 33ha of their sugarcane fields devastated.” 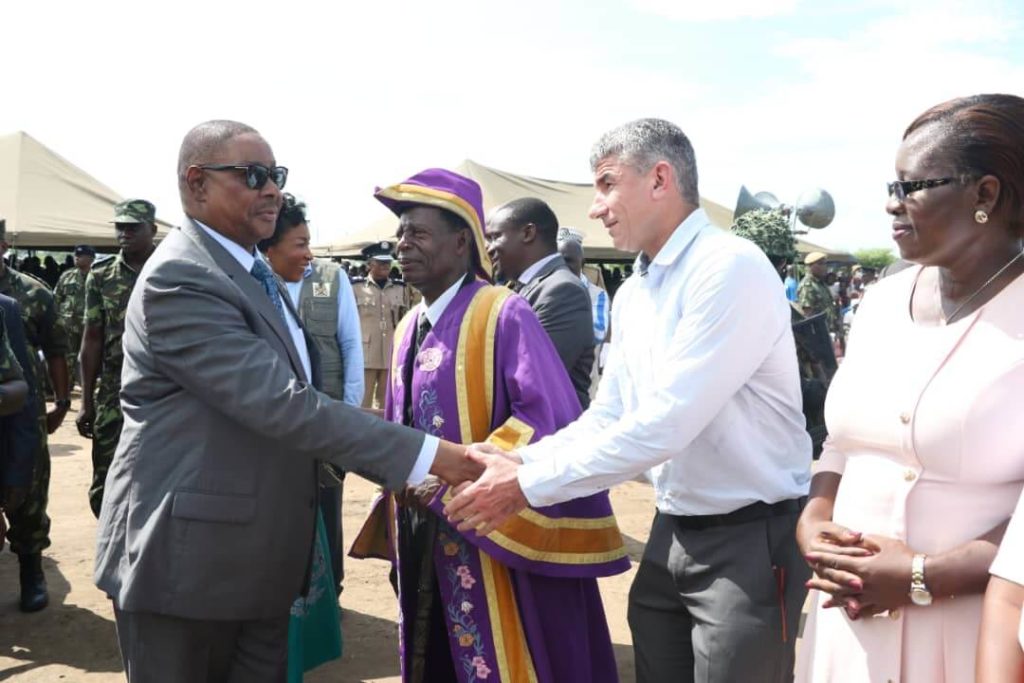 Similarly, one of Bonsucro’s members, the Phata Sugarcane Outgrowers’ Cooperative, also along the Shire River, was severely affected by the heavy rains during the cyclone.

Jessica Joubert, regional coordinator: SADC, for Bonsucro, said the cyclones had followed one of the driest seasons in the regions just three years earlier, due to the strongest El Niño weather cycle in 50 years.

“This is a crucial moment for industries and consumers to consider the impact that our actions have on the environment and the people most reliant on it,” she said.

“While the Bonsucro Standards help to improve our climate resilience, central to them is the reduction of our negative impact on the environment. We cannot lose sight of the reason why these practices are important. If we are to make any headway in climate change, we must take every measure to apply sustainability ideals to our businesses.”

The Phata cooperative – which is also Fairtrade certified – experienced “flooding and the loss of some roads, drains and pumps”, she added.

Fairtrade and Bonsucro are both international not-for-profit organisations. The former paves the way for producers in developing countries to achieve better trading conditions, higher prices for exports, as well as improved social and environment conditions for communities, while the latter promotes sustainable sugarcane production through setting standards and certifying cane products that include ethanol, sugar and molasses.

In March 2019, Cyclone Idai made landfall along the east coast of Africa, cutting a swathe of destruction across some of the world’s poorest countries, namely, Mozambique, Zimbabwe and Malawi.

The related wind and flood damage affected more than 3 million people with some 1 500 reported dead and at least 1.65 million people food insecure. Cyclone Idai alone laid waste to about 800 000ha of crops.

And while the images of the destruction and stricken communities have faded from the world’s television screens and social media platforms, the impact of the storms – the worst ever to have hit the Southern African Democratic Community countries – will remain for months, if not years to come, despite repairs and clean-up operations by companies such as Illovo.