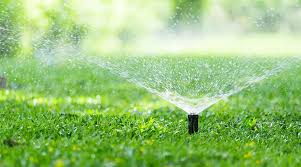 Achieving a 90-day turnaround for the water-use licence application (WULA) process will be a welcome step for the struggling economy, according to SRK Consulting principal scientist Jacky Burke.

Changes will be necessary, though, before the regional and national offices can make a 90-day process a reality, Burke noted.

“It remains vital that the licences issued in this 90-day process will in fact still serve the purpose of protecting our water resources; this means the licence cannot be too generic but should be specific to the activity or operation being authorised, and take into account the specific catchment requirements,” she said. “A shorter processing window is certainly the right approach to support getting our Covid-impacted economy back on its feet.”

The Department of Water and Sanitation (DWS) recently revised the regulations on WULA procedures, following a State of the Nation declaration by President Cyril Ramaphosa in February. He announced that water-use licences should be processed in 90 days, rather than the 300 days prescribed by previous regulations.

“Changes to facilitate implementing this new timeframe could include increased engagement between the applicant and the DWS before submission,” she said. “This would allow a review of completed supporting information and designs before the actual submission, so that the 90-day timeframe is focused on final review and administrative aspects.”

“Such a template could be used to directly generate a populated licence document, without the need to manually recapture the on-line information into the licence format,” she said. “Additional human resources – combined with IT improvements – would also facilitate the effective implementation of a 90-day process for all water use sectors.”

She noted that an ongoing consultative and supportive process between the DWS, applicants and consultants would also help to fast-track the achievement of a streamlined 90-day application process.

SRK is an independent, global network of consulting practices in over 45 countries on six continents. Its experienced engineers and scientists work with clients in multi-disciplinary teams to deliver integrated, sustainable technical solutions across a range of sectors – mining, water, environment, infrastructure and energy. For more information, visit www.srk.co.za