Farmers neglect the media at their peril 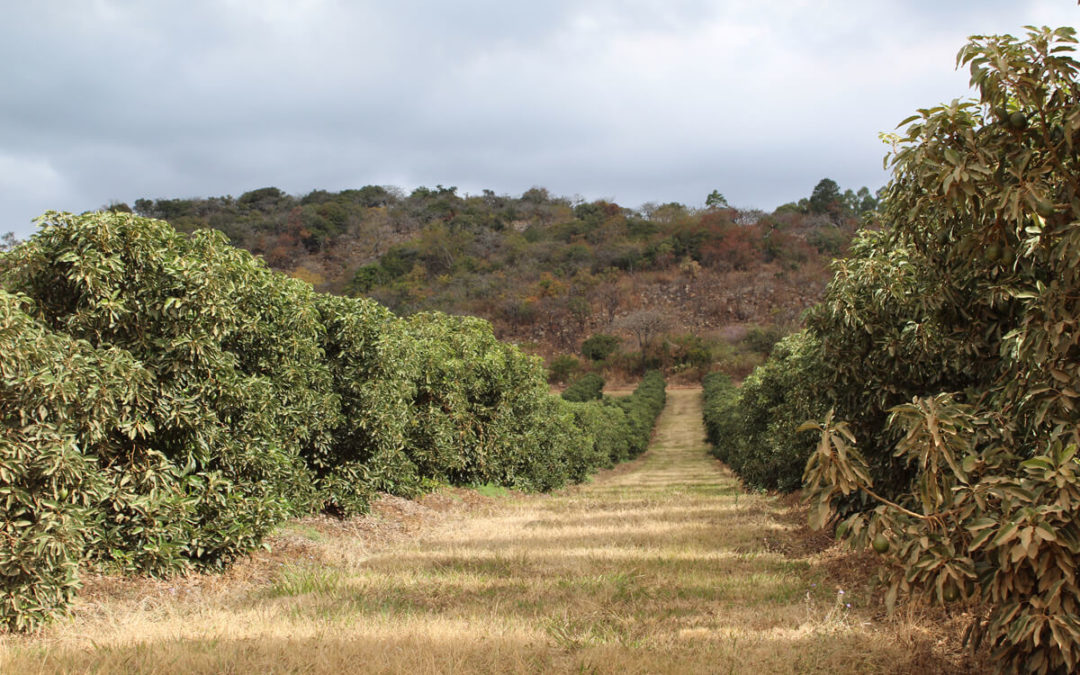 Award-winning agricultural journalist Lindi Botha says as South African farmers neglect to inform the narrative on agricultural best practice in the country, the sector is at risk of continuing to attract uninformed criticism, resulting in bad press, as consumers and activists rightly push for more environmentally and socially empathetic production methodologies from the industry.

Water, bees, chemicals and land are just some of the fundamental components critical for the successful cultivation of food crops across the globe. And how each of these is used by farmers draws as many commentators and opinions as there are cultivation practices. What is glaringly absent, however, is farmers who are “selling” not only the importance of these four aspects of their operations, but how they are responding to the demand for more responsible or best practice farming while simultaneously producing enough food for an over-populated planet.

This omission or reticence allows space, then, for those outside the sector to drive the conversation on ethical agricultural activities, which if not properly informed, could very well threaten the continued profitable production of food in the country.

Most South African farmers are aware of and subscribe to the responsibility they hold as good stewards of both the land and its resources, if not only for crop yield performance, but for the continued prosperity of markets and for the livelihoods of so many who depend on agriculture for their daily bread.

In reality, unless farmers look after their land, adopt state-of-the art applications and technology to continuously improve the condition of their soils, manage water use optimally and keep an eye on input costs versus yields and returns, their businesses will quickly collapse.

Luxury products such as macadamia nuts, avocados and other high-end or niched foods are usually bought by informed and educated consumers who are predisposed to investigating the origins of the fare they buy in response to activist messaging linked to a demand for more ethical and responsible farming methodologies.

And it is here that South Africa’s farmers could do better in developing communication campaigns able to speak to a wide range of audiences so consumers can then balance their thinking. 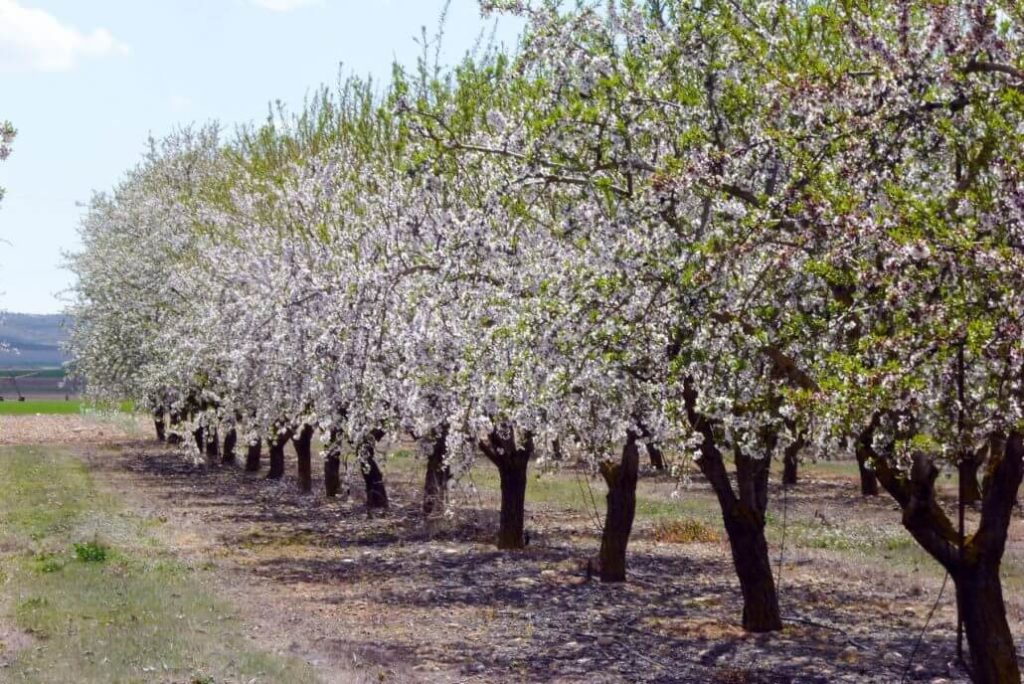 The almond industry relies heavily on bees to pollinate the crop. But colony deaths have prompted consumers to turn away from almond milk.

Environmentalists have called for the boycott of almonds due to the crop’s heavy water requirement, pesticide use, and most recently, the harmful effect the pesticides aimed at protecting the trees are having on bee populations. Avocado production has also come under fire as it is believed the crop’s exponential growth is contributing to water shortages in poor communities while funding crime syndicates in some countries.

At the heart of these controversies is a call by environmental activists to avoid these products at all costs.

A global outcry over dwindling bee populations has put farmers in the firing line over the chemicals used on crops and their effect on pollinators.

With South Africa’s most lucrative crops – avocados and macadamias – both dependent on bees and health-conscious consumers alike, farmers would do well to learn their lesson from what has happened to the almond industry.

Almond milk has soared in popularity in recent years, not only because it is a tasty and viable alternative to lactose-containing conventional milk, but also due to the perceived benefits of shunning the dairy industry and the effect it has on the environment.

In a twist of fate, the very consumers who consciously turned to almond milk as a plant-friendly alternative have now spoken out in anger about the industry’s disregard for and impact on bee colonies.

California produces 80% of the world’s almonds and the orchards require more than two million bee colonies to pollinate the trees. Almond farmers mostly outsource this service to bee keepers. The latter have, however, reported their bees are dying in droves after being used on these almond farms. Monoculture, reduced natural forage and competition between honey bees and European bees were cited by experts as the reasons behind the declining health of the colonies and the massive die-off in the hives.

Reportedly, mite infestation is also a leading cause of bee deaths.

Pesticides, too, get their fair share of the blame, with farmers conceding that while this is part of the problem, the industry cannot do without crop protection chemicals.

Regardless, farmers now have to find alternative and acceptable ways to produce almonds. It is hoped a new initiative to label food, where applicable, as ‘bee friendly’, will guide shoppers in the same way as the Fairtrade and ‘organic’ labels have. The added spin-off would be the conversion of segments of the market who hadn’t previously considered the impact of their buying habits on bee health in their purchasing decisions.

The ‘Bee Better’ certification programme launched in the United States in 2017 not only points consumers in the right direction, but encourages farmers to plant additional food sources for bees in the form of cover crops and flowering hedges around orchards. Häagen-Dazs was the first food company to adopt the Bee Better label and is expected to roll out three almond ice cream flavours this year each carrying the required stamp of approval.

In 2018 many British restaurants removed avocados from their menus, citing ethical issues around land and environment degradation. Claims of forests being destroyed to make way for lucrative avocado farming, and using up scarce water resources in the process, did not sit well with environmentally-conscious consumers.

Late last year the industry came under fire again after investigations in Mexico showed drug cartels were benefitting from the steep prices paid for avocados. Calls to boycott the fruit were again made, this time targeting avocados specifically from Mexico.

The conundrum remains, however, as boycotting the Mexican-grown fruit could put scores of farmers out of business, but on the other hand, how to stop drug cartels from blackmailing farmers into paying ‘duties’ for each exported kilogram?

In South Africa’s Lowveld region of Mpumalanga, the rapid expansion of macadamia orchards has created a perception the orchards are to blame for lower dam levels and reduced underground water.

While no research has been done to establish whether or not this is the case, farmers have not offered any counter argument regarding the importance of the industry to the regional economy. Furthermore, South African macadamia and avocado farmers are noted as being water-wise beyond that of competing countries.

The agricultural sector as a whole in South Africa has a plethora of good stories to tell, ranging from economic upliftment and transformation to progress in improving cultivation practices.

What is necessary, however, is a clear and consistent voice able to change the often negative perceptions about agriculture, to put food production in a factual framework to afford the public a balanced view of what is required to feed global populations.

The macadamia and avocado industries have no problem selling their produce – the world is hungry for them. But what the sector can’t seem to get on top of is its ability to argue its water, fertiliser, crop protection and land (including title deeds) requirements. And without a sound marketing plan to ensure government and consumers understand farmers’ needs, the industry is doomed to forever having to justify its existence and production methods.